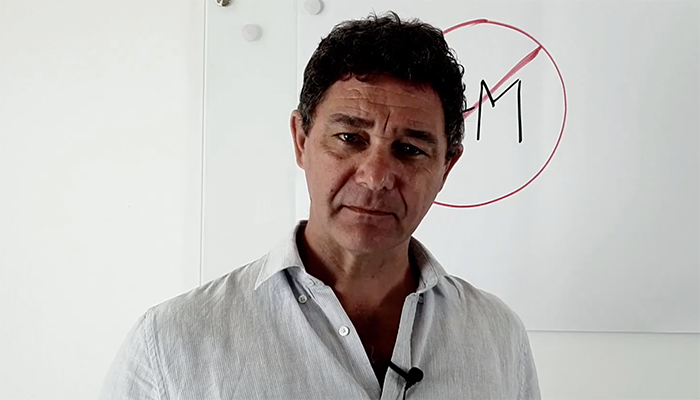 Why you shouldn’t work on a time and materials basis or an hourly rate basis.

First off, if you’re not doing jobs on a time and materials basis, well done!

It can be tempting to work like this. It can feel fair and nice. It’s simple and can feel sensible especially if you’re going into unknown territory like an extension on an old building where you don’t know what you’re going to find when you go in there, so the quote is hard to prepare and it can feel tempting then.

It can feel like you’re helping your customer where you charge an hourly rate and materials without their margin on top of course, so they’re only paying for the work you do and the stuff you use and no more.

So it can feel nice. I think it’s an easier sell as well.

So can it can be tempting. But…

Let me explain why.

The disadvantage of doing T&M

It’s risky for your customers because it’s open-ended. You can give all the estimates you like but it’s going to take as long as it takes and you’re going to use as much stuff as you use.

It’s meaningless really, isn’t it? If the agreement is an hourly rate, and a margin is on top of materials and you’ll show receipts and timesheets.

Your customer has no protection from your estimating being wrong, sh*t, dishonest or optimistic.

I’m not saying you would be but some people do.

This is a reasonably common experience of people for a time and materials estimate to be wildly optimistic and for the true cost to end up being much more.

Time and materials billing or hourly rate billing doesn’t protect your customer from that at all.

So the commercial risk for the job sits with your customer, not with you.

If you’re slow, and it rains or things take longer than you thought, they pay the price not you.

It’s also risky for you because putting the risk on your customer makes it more likely there’s going to be a gap between what they were expecting to pay and what you end up invoicing them for.

And that’s the risk to you – an unhappy customer or a dispute over the invoicing.

You don’t want to fall out with your customers. Dispute over cost and payment or a refusal to pay some part of your invoicing is vastly more likely than if you’ve done a fixed-price quote.

When it’s more than they thought, they’re likely to blame you, aren’t they?

“Your guys were slow, I saw them standing around doing nothing.”

“I saw the apprentice on his phone all day.”

“You weren’t there all the time.”

“You made a mistake, you fucked it up, that’s your fault. I shouldn’t pay for that.”

You’re going to end up in all sorts of difficulties and disputes. It’s not always the case, but those things are much more likely because the process isn’t controlled by clear rules.

And that’s what you’ve done. When you’re quoting on a time and materials basis, you haven’t been clear what the rules are and you’ve left it open, relaxed and informal and you put yourself at risk.

Customers will cite many reasons for not wanting to pay more than they thought and you’ll end up in dispute.

They might go, “I’ll run to the world and tell people that you’re a**holes.”

The proper way to do your quote

The proper, grown-up, professional way to do work is to provide a fixed-price quote for a defined scope and have rules for how that scope and the price is varied.

The risk then is on you and not on your customer. Your customer gets the job done as written down in the scope for a fixed price and it’s up to you how long it takes.

If you make a mistake, it’s on you to fix and the customer’s protected. And a fixed-priced quote protects your customer and is, therefore, more professional for you. They get to choose if they want the job done that was written down and described and clear for that price?

That’s a nice clear exchange rather than an open-ended estimation.

Yours is a fixed-price quote, meaning it’s fixed. They won’t pay more unless they vary the scope, in which case, there will be rules and they’ll get to see how much extra it will cost them before they make their mind up whether they want to vary the scope or not.

Time and materials do none of that.

So do fixed price quoting.

The Cowboys do time and materials, don’t they? I’m not suggesting you’re a cowboy. If you’re doing T&M pricing at the moment, you might be, but you probably not. But it’s what they do.

And if I’ve offended you, I’m sorry – change and do fixed price-quoting.

Don’t allow yourself to be tarred with the same brush that the Cowboys are tarred.

You’re not necessarily a cowboy.

It’s part of the sales systems that I teach my clients.