Apprentices – Are they really as cheap as you think? 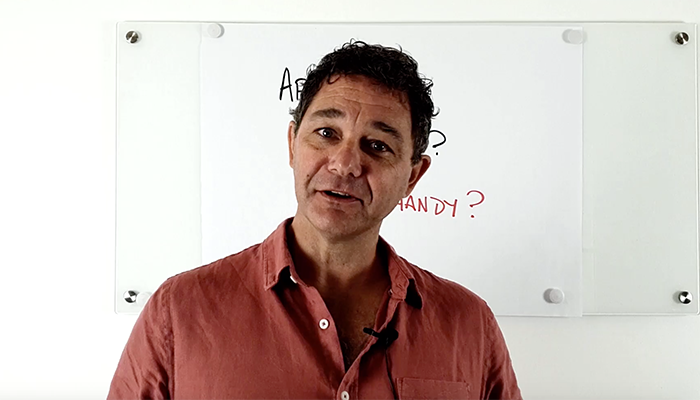 Apprentices – Are they really as cheap as you think?

Are apprentices as cheap as they seem?

And the follow-up question — Should you charge less for their time?

The short answer is NO.

It’s easy to imagine that an apprentice is cheap. You’re paying them $17 – $22 an hour, it’s cheap. You wouldn’t get a tradesman for that. You’d be paying $30 – $40 an hour. So, they cost half as much and you might get subsidised by the government.

You might think it’s a cheap resource for your business. Someone to do the labouring, fetching and carrying like I talked about in last week’s video.

To a certain extent, that’s true.

I’m quite supportive of people having those apprentices.

I had a bit of fun in the last video talking about how useless they are until they’ve learned and it’s true. They get better and better and until you have to pay them full time wage or they go.

Now, I’ve never been an apprentice but I’ve worked on a farm one summer.

And I have to tell you I was f*cking useless.

I crashed the tractor into a wall. I reversed a trailer full of wheat and knocked a wall down. I crushed the JCB into a barn. The farmer thought I was a moron. I wasn’t. I didn’t know anything, I was a young boy.

I probably wasn’t as cheap as my £3 an hour, might have suggested (this is a while ago I know).

I didn’t know anything. I probably wasn’t as cheap as that might suggest because he had to fix up my f*ck-ups all the time, because he had to show me what to do every time, even though it was fairly simple stuff like driving a tractor.

If you’ve you seen my video on the true cost of employment or if you’ve seen the Big Numbers Tracker, you’ll know that we do this calculation of how much someone costs you per charged hour.

If you do that with an apprentice, it makes them even more expensive than you think than a trades person because they spend time in a trade school or TAFE and because they are slower, and less useful and less effective when they’re on a job.

The cost of hiring an apprentice

So, if you’ve got somebody who you paid $22 an hour, and he’s working 52 weeks a year, 40 hours a week, but you know he’s not able to be charged to jobs properly for half of that time, he’s going to cost you double.

And when I’ve done these exercises of calculating someone’s cost with tradespeople, apprentices very often are costing you almost the same as your tradesperson because of all this extra time they spend not being useful to you.

So, they’re not as cheap as you think, which takes me to the second question – Should you charge less for their time?

You shouldn’t be charging less for them.

I know it’s tempting and I know I’ve had customers of mine say “I have a special rate for apprentices. I charge much less because they’re so useless.”

It comes from your customers saying, “You can’t charge me $90 an hour for that useless sh*t”.

I get it, I get the fear but you shouldn’t charge less for your apprentices because they cost you nearly the same in real terms as a tradesperson. Then you have to invest all this extra effort and time in looking after them and training them.

I’ve had the joyful experience of doing the Big Numbers Tracker with somebody, working out how much an apprentice is costing him per charged hour and my customer realising he’s losing money — for every hour that the apprentice works, it’s costing him $4 or $5.

You don’t want to be in that situation.

It’s not a nice place to be. You’ll be pissed off if you find yourself there. Please avoid it.

What to do instead?

And when you calculate labour, don’t say “it’s 120 hours for a tradesperson, but I’m going to have that junior doing it, so I should probably allow 60 hours for the tradesperson and 90 hours for the junior and I’ll charge accordingly that they’re separate rates”.

You make your assessment based on skilled people doing it.

Or you use your flat-rate pricing tool, or per square meter rate or whatever tool you use.

If you start charging differently for your apprentice, you’re doing yourself a disservice and you shouldn’t do it. You’ll end up making less money than you need to.

You need to make enough money to cover those costs that you pay everybody including their holidays, public holidays, sick days, TAFE days and the time they spend between jobs, or driving to Bunnings, etc.

Then, you need to cover your overheads — your salary, the admin people, your business coach, all that stuff.

This is about making sure you charge enough and don’t fall into the trap of thinking that you should charge less for an apprentice.

This is how you make money. Your skilled tradespeople, out there, in the world doing work — please don’t undercharge.

If you want to talk to me about business coaching and you want to think through your pricing structure, get in touch.