Growing your trade business – Should you hire an apprentice or a tradesperson? 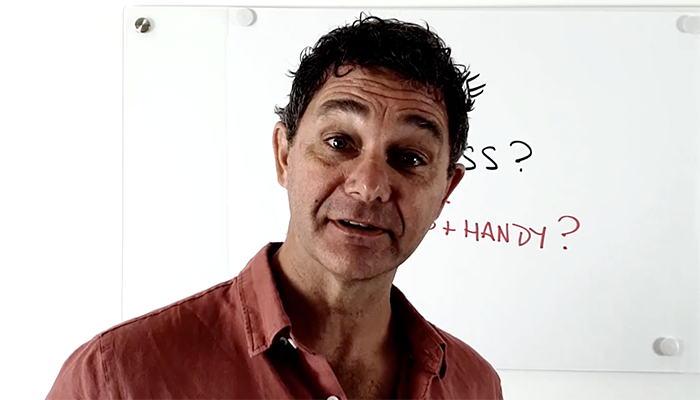 Growing your trade business – Should you hire an apprentice or a tradesperson?

Should you hire an apprentice or tradesperson?

And an obvious choice is to hire a tradesperson or an apprentice.

A tradesperson is usually experienced, highly skilled and expensive.

An apprentice is usually the opposite – inexperienced, unskilled, often young and juvenile, and a bit immature but quite cheap and even, subsidised by the government.

If you’ve got a tradesperson and they’ve got a family, and a mortgage, letting them go is a bigger deal for you and for them. So, if it doesn’t work out, it’s more problematic for everybody and it’s a bigger risk.

They do the fetching, and carrying and low-level jobs that you might consider a labourer to do but only cheaper. And they’re also learning the trade and it can feel like a win-win.

They can do the fetching and carrying and the tradesperson can do the higher-skilled work.

“Do you have to pay them extra money because they can do it?”

There’s a lot of appeal. However, they’re useless too, aren’t they?

They need extra supervision. They need to spend time being trained. You can’t leave them alone. You have a responsibility to train them, look after them, keep them safe, busy, etc.

You have a responsibility to these youngsters and it’s not really the cheap labour that we kind of imagined.

I want you to remember that.

Not only do they require more supervision and support from you but they’re not that great at doing the work either. If you only get somebody who can do those lower-level jobs, it’s a limitation.

I’m not trying to discourage you from having apprentices. I’m a fan. It’s a responsibility to the apprentices and to the industry in general.

You can’t just keep hiring apprentices. You’ll have people who don’t know anything. You’ll be unable to leave them on-site while you go off and do quotes.

They come with restrictions and you need to balance it out.

For lots of people, they hire an apprentice as a first hire, and I think your next hire should be a tradesperson.

I would encourage you to think in terms of an operational unit general. (this is what I encourage my clients to do as they grow).

What’s an operational unit of your business?

You call it but understand those restrictions. They need supervising, they can’t sign off on jobs, you need to protect them, look after them and they don’t understand stuff as well.

They’re not just cheap and handy. They come with responsibility and they’re not very good at stuff because they haven’t learned it yet.

Don’t just think they’re a cheap way to get sh*t done – you will be frustrated.

So consider tradespeople and apprentices and don’t just think of them as an easy quick win.

I help people grow and scale their trade businesses and thinking through decisions like this is a very small part of it.