Quoting – What to Do Instead?

Quoting – What to Do Instead?

Want to chat more about what’s in this video? Click the button above.

Last week, I talked about qualifying out of jobs instead of quoting for people who aren’t going to buy from you.

Quoting for jobs you don’t win is a waste of time. Most tradesmen do lots of it and regret the time they waste. Is this you?

And they aren’t trivial are they? I worked with a builder (Steve Dyer, in Byron Bay) and quoting for a house would take him 30 hours. 30 hours!

No wonder we spent so long trying to find ways to not quote people until he was a bit more certain that:

It’s OK to talk to people who are just sticking their toes in the water – they might eventually become clients of yours.

But – there isn’t much point building a detailed quote for them this early.

So what to do instead?

Instead of going “OK, I’ll do you a quote” and running off to measure up and spend hours at night building a quote that contains lots of assumptions or prime cost items that won’t really help them compare you directly to another builder in any meaningful way, think about what they’re trying to achieve.

Do they want to understand how much it costs so they can figure out what they can afford?

Do they want to decide if you are the builder for them? (Not the same as do I want two pack or caesarstone?)

Do they just need a price so they can sanity check the quote they already have from the builder they already like and confirm that he is the one they want? (Why would you do this for them?)

So think about what they want and how you can help them get it – a quote is probably not the answer.

We all understand that they want to make sure you are not ripping them off – testing your price is part of that. But “can you do me a quote?” doesn’t really help them.

For now, think about how to respond to the next 3 people who ask you for a quote. Experiment with not giving them one automatically.

Be sure to tell me about it in the comments below. 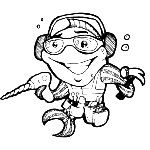 P.S. Book a ten minute call with Jon to talk about quoting in your business.
Click to Schedule