Hire A Business Coach and Build A Better Business 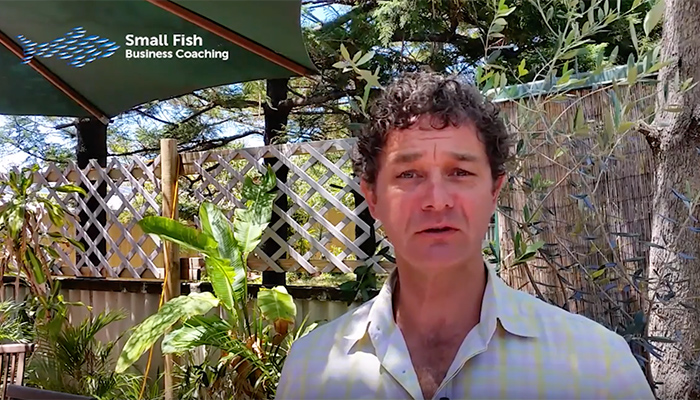 Hire A Business Coach and Build A Better Business

So who hires a business coach and who doesn’t?

I was quite tempted to say that idiots don’t buy and sad losers don’t buy but I’m sure you’d see through that bullshit. So I’ll tell the truth instead. My name is Jon. I run Small Fish and I run a business coaching program for ambitious owners of trades businesses called the “Tradies Toolbox” Coaching Program and that’s probably where I want to start.

RELATED CONTENT: You Invest in Tools for your Trade – do you invest in yourself to run the business?

Lots of successful, business people get whatever help they can and a coach is you know one of your options because to my mind anyway, when you’re running a business, when you’re building a business, you’ve got a responsibility to yourself, maybe your staff and your family to do the best you can… to be as successful as bloody possible. I think you need to take whatever help you can. I think a few people think that getting a coach is a bit of a sign of weakness. And I don’t think it is and I think to go and neglect to get help to make it the best thing possible is a mistake. I don’t think that means that a coach is the only option, I’m sure it’s not. I know it’s not.

Sometimes we don’t know what we don’t know yet, do we? Until we go and dig in there with someone like a coach. Sometimes people hire a coach if they want someone to test their ideas on or to talk through problems and frustrations with. A lot of my clients use me for that, they ring me up and go this is happening Jon. That’s the thing you can use a coach for. That’s if you buy a coach 🙂

Alright and who doesn’t need a coach?

Apart from those idiots I mentioned before, people who don’t really want change. I know many idiots who don’t want change. It’s a legitimate thing to like your business the way it is and not want to drive change and I think (particularly this coach here), I’m about changing your business and making it quite different, building those six shifts that I talked about in my other videos and making a business a different thing than it was.

Coaching and that accountability part can be quite uncomfortable too.

So look, just some thoughts… It’s Tuesday so it’s Tuesday Thoughts for the Tradies Toolbox.

Where do you want to end up in your business? Why don’t you let me know?