Is your Coach “bossing you around”? 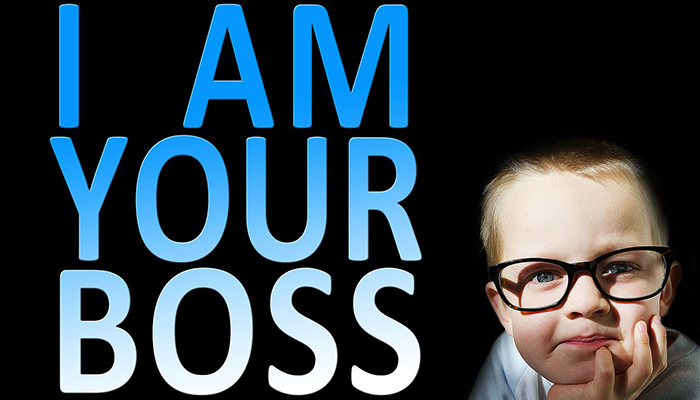 Is your Coach “bossing you around”?

At a networking meeting I attended quite a while ago I received a friendly plug from another business owner (“you should all have a business coach”).

While he was extolling the virtues of having used a business coach I was surprised to hear the landscaper refer to him as his Mini-Boss.

For a moment I was a bit unsure whether I should be offended or amused. So I left the decision open…

Business Coaches are many things.

But your boss (however little)…?

How you see your coach is entirely up to you. But for us coaches our image (or self-image?) is important as with it comes a certain expectation.

I once was told that someone didn’t want to pay me lots of money only to be told what to do (or to do more work).

Instead what she wanted was somebody who would do the work for her.

That’s where I believe the misunderstanding of what a coach is supposed to do sets in. Is he your (Mini-) Boss who orders you to do things or is he your slave who does things for you (instead of you)?

I have for many years worked as a consultant where I was paid to do things for people and come up with all the answers (not surprisingly even under that slightly different premise I didn’t always have the answer).

While I was expected to have and hopefully had a high level of expertise in my field many of the answers were still coming from the clients.

How can you describe in a better way then what a business coach does?

I have always liked the comparison between a business coach and fitness coach for example.

Fitness Coaches (as well as the business variety) sometimes tell you what to do (after agreeing on a plan with you that is aligned with your goals) and they don’t do the work for you (however much you pay them), but sometimes they give you a bit of help (to make it over the next hurdle or to get up from that last push up you did).

A lot of people leave their employment because they are fed up with their boss. Why would they replace him with another (Mini-Boss)?

Once you are free and your own master nothing is holding you back. Except maybe that freedom is not always as liberating as you thought.

All of us have areas where we excel, aspects of our work that we enjoy and others that are somewhat lacking that excitement and are often if not always avoided. For me it used to be “travel expenses” (when still working as a consultant and travelling a lot) and now it is tax and my reporting obligations. I don’t think that in the last five years I have managed to finish either of these more than a few hours before they were due (sometimes later).

Don’t laugh! I can tell I am in trouble when I start taking the rubbish out or doing the dishes…

Another example: some of my clients tell me that they are bad at Sales. They hate cold calling or even following up on prospects that established the contact themselves.

Most of the time I don’t think they are bad at sales at all (people usually pick up when you are passionate about what you are doing and like that). When I ask them, if they would have a problem to ring 50 people on a list and go through a basic script I provide them with, they usually say yes (if that was a requirement of their job).

So, if they would do it for somebody else why not for themselves?

Despite of all your complaining about your former boss and his bad management skills you have to admit, that sometimes it came in handy just to be told what needed to be done.

Even so: after having complained about them for so long who would want their bosses back?

Maybe that’s where the Mini-Boss comes in.

The aim certainly isn’t to replace one boss with another, but maybe have a coach kick start a routine (we call it a system) that compels you to do not just what you like or you feel you are good at, but all the things that are needed to make your business flourish. Initially you might need some reminding to get going, but once a habit is established it won’t be so hard.

In the end: if everything else fails you can still delegate and be somebody’s boss who tells them to do the accounts or call the people on that never-ending list of prospects…