How to Counter the Game 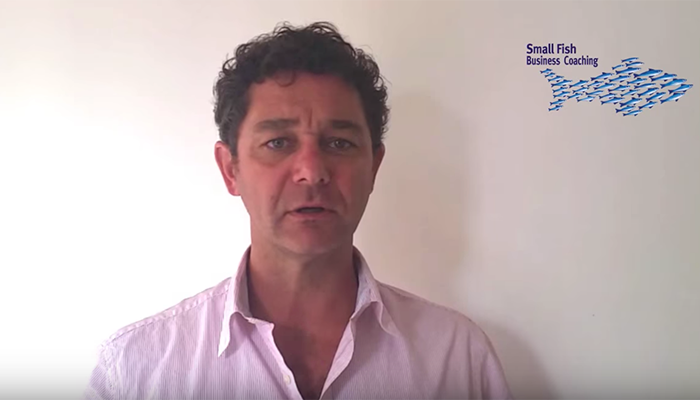 How to Counter the Game

I’m talking today about how to counter the game when somebody plays the game with you. And by the game I mean coming in with a real low ball quote, so beating you in the project, winning the project, winning your customer, that’s whether you’re in the trade, selling to a builder or whether it’s a contractor a prime contractor selling to a consumer and then to an end customers. They’re coming in with the low ball of quote, getting awarded the contract and then clawing back some money during the course of the contract through variations or through things that weren’t included in the quotes and that perhaps were in your quotes.

Of course I’m Jon as you know, I run the “Tradies Toolbox” Coaching Program, my company is called Small Fish. I want to talk to you about “How to Counter” when that game gets played.

So they put a low ball price in and your price has all the things included, that safety fences, appropriate inclusions with variations, appropriate supervision perhaps. And it’s a frustrating thing it happens in real estate as well. In real estate agents continually and you see this don’t you somebody says I can sell it for you for 2 million and then they’re trying to move the person down to a more realistic market price. And it’s the same sort of thing that is happening to your world. It’s not honest, it doesn’t display integrity and when you come up against it and you’ve got a price put forward that doesn’t seem realistic and your customer is saying things like “I’d like to give it to you but look at this” it’s an uncomfortable position to find yourself in.

And I think what not to do “Don’t try and meet that price”! If the price is unreasonable and your price is reasonable, ditching your price and cutting your margins is not the right place to go, you don’t want to be in a position of winning a job that doesn’t make you any money and then you’ll be wanting to claw your margins back through the variations and things that weren’t included.

So the way to counter is to build this trust with your customer. Talk through and explain the game to them for a start and explain to them that some people plays this game and if you’re not careful and you’re not clear on what’s included in your quote, you can find yourself paying more anyway and that early quote isn’t very helpful.

OK, so how you can counter the game when somebody’s playing it and you’re the victim if you like, is to think about you need to build some trust with your customer and I think you can build trust by being very clear and very explicit about what’s included in your quote and communicating that properly. And I’m a big believer that a quote should never be sent you should always present your quote and you should go and sit down with your customer and have a meeting and go through the quote, line by line, explain each item why it’s in there and how it’s done. And your price is different, isn’t it?

And our talk about another day is about how price and quoting are different. You should go through your quote with the project, explaining what you’ve included and what the exclusions are so that your customers are clear. And you can explain the game to them so that they understand that somebody else might be playing the game and they could ask those questions “Is this included?” “Is that included?” and get some clarity. Somebody who plays the game and then says things are included they’re gonna find it a lot harder to claw that money back later. So your customers are either going to realize that they’re trying to pull the wool over his eyes and he’s gonna want to go with you and understand that your price is fairer or is gonna end up with that poor bastard losing money and probably have an awful experience.

So look, the game and fighting that price pressure from unscrupulous builders or unscrupulous trades is a big issue. When we ran the “Tools Down” workshop a couple of weeks ago, this was quite an emotive topic we all got quiet frustrated by it, we get quite frustrated when this situation happens and we all wanted to explore this more. And of course in the coaching program that’s exactly what we’ll do. We’ll spend more time helping you build the skills and build the ammunition and build the systems and the process, the sales process to help you be armed when somebody tries to play the game with you. And hopefully what you do is you win more of your quotes. And you’ll win them at a higher margin.

A big frustration was very clearly not making much money on the job and working for wages rather than for profit -wages and profit which is what you should do.

So like I said, I’m Jon, my company is Small Fish. If that snippet of the coaching program wasn’t enough, I’m sure you can figure out what to do. There’s some buttons, book your self a chat with me and we’ll talk about what’s bothering you right now or book yourself on the next Tools Down workshop which is February next year.