How To Let Go Of Control So Your Business Can Grow 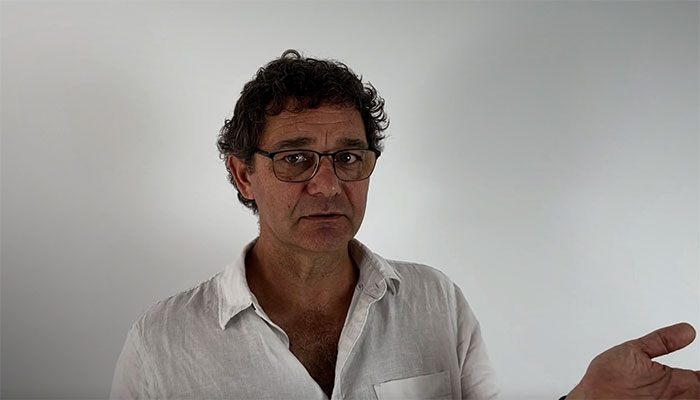 How To Let Go Of Control So Your Business Can Grow

You’re so busy. Up early to do uninterrupted work. On the tools all day. Then at your quotes/paperwork again after the kids go to bed.

It’s a grind. You know you want it to change. You don’t want to work so hard.

You don’t want to give it up. There’s something inside you that wants to make sure everything is done how you would do it. For it to be at your standard. And of course, you’re the only one who will do it exactly like you, in exactly the way you like it to be done.

This is completely reasonable if you want an early grave and no quality of life. And possibly a failed relationship.

It can be hard being at that transition point where you have had to do everything and keep everything under tight control. That’s what makes you successful in the early stages of your business. Now that you’re growing and scaling, that is just not sustainable and will ultimately affect your ability to be successful.

Obviously, there are many reasons why we don’t want to stop doing everything and we’ll go into those in more depth in the coaching program. For the moment let’s just concentrate on this aspect – thinking no one will do it as good as you.

But let’s unpack it a little.

People won’t do it in the exact way you want them to. That’s not the same as not as good as you.

People won’t know what to do without you around. They probably know more than you think and would most likely thrive with having more responsibility and having to think for themselves. And if they don’t – why do you have them working for you?

Looking at it from another perspective, who says your way is the only way that will work or get results?

There are apparently over 250 different ways to wash up. Is there an absolute right way to do the dishes? They all result in the same thing – clean dishes. Is it possible that someone in your team may not do it your ‘right way’ but still get the same outcome?

This can be a big mindset shift. You HAVE to let go of control in your business if you want to be successful. And letting go of control means overcoming the fears that keep you feeling like you need to be in control. Like the fear that your team won’t do it like you would and the world will come crumbling down around you. At some point, you have to believe in them and accept that even though they may not do it exactly as you would, your business will still be ok and your customers will still be happy.

Here’s an example of how trusting and acknowledging the expertise of staff can have a hugely positive impact.

Have you heard of Toyota? They introduced quality circles in the 1950s. That’s where groups of employees with similar jobs got together to discuss improvements and problem solve issues within their division. This led to Toyota’s famous Production System. It also morphed into what is now called Kaizen – small steps to continuous improvement. It encourages workers of all levels to participate in problem-solving and significantly improves productivity.

That means they trusted their staff. That means they included their staff in decision-making because they knew they didn’t have the only ‘right’ way to do things. If Toyota can do it and dominate the car market for the last 18 years running, I reckon you can give it a go too.

Handing over control can not only be healthy for you and your time, it can also bring big improvements to your business.

There’s a lot of research that says engagement and feeling part of the big picture makes your staff happier and more productive. Imagine if they were asked what improvements they could recommend making workflow better. You would have engaged people looking for ways to improve the systems or workflow every day. This is the kind of thing that makes people feel valued. And feeling valued is often more important to people than cash bonuses or raises.

I’m not saying you should follow the Kaizen approach but obviously do it if you like the idea. Think more about how letting go of control in this area of your business can actually have positive results. The fears you have around working less and overseeing everything less may actually be unfounded.

You could also find yourself in the position of being able to spend that time working on your business, putting systems in place that will make your business run like a smooth operating machine, and improving your quality of life.

I know that initially, this seems like more work to do and we can go into more detail in the coaching about how to go about doing it in the least disruptive way. But try to take this first step – try to see the value for all of you (team, you, your family, etc) in letting go of ‘no-one will do it as good as me’.