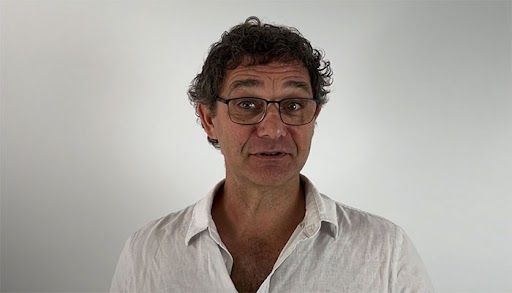 It all started with an apprenticeship. Being told what to do, working to a deadline. There’s shit to do and you have to do it. As a Tradie it’s good to have the mindset of ‘put your head down and get on with it’. That’s how the job gets done.

As a Tradie you can stop what you’re doing and respond to the thing that pops up. As a Boss you can’t.

Too many trades business owners make this mistake. They’re still performing as though they’re a Tradie – reacting to everything that comes up as though it has ultimate priority.

One of the reasons this happens is that as a trades business owner you’re busy. Lots to do. Seems like not enough hours in the day. Feels like you can’t let go and hand over the reins to the boys and that you have to be in control all the time.

Obviously this creates a bottleneck and giving over control is something you’ll need to come to terms with at some point. We can talk about that later.

Let’s focus on busy for the moment. When we have lots to do it can be stressful. Can feel like nothing ever gets completed or if it does you’re straight onto the next thing. It’s both natural and human to want to do the things that are either right in front of you or seem urgent. We get a dopamine hit when we finish something, or tick it off the list. Dopamine is the cocaine high. That’s why people love to-do lists. Probably not as much as they love cocaine.

There’s also a concept called hyperbolic discounting. There’s a famous study where the majority of people who are offered $50 today or $100 in a week will choose the $50 today. They choose the smaller good today over the larger good later. That’s pretty stupid right! You only have to wait a week for twice the money. But most people will choose the $50.

So what happens is people make radically worse decisions when thinking about the present or short-term.

Think about how that applies to your business. How often do you go for the $50 at the expense of the $100?

Do you cancel important meetings because Mrs Jones is a bit upset about the angle of her pantry shelf?

Do you skip your coaching sessions because you HAD to be on site; HAD to help the boys with that one job as no one else. Not any of your other guys could do it?

This is you engaging in hyperbolic discounting. It’s ok for a Tradie to do that, but can you really afford to do that if you’re a Boss? Remember as a Boss it’s up to you to hold the vision and steer the ship in the right direction. You can’t afford to be pulled off course by $50 when you’re aiming for $100.

Think of it this way – you may have a goal to make $3M. The job that ‘needs’ you might be worth $30k. That might seem like too much to risk if you upset Mrs Jones. But….if you keep engaging in hyperbolic discounting you probably won’t reach the $3M you’re after because every time you do it, you’re not steering the ship.

Even though it seems like human nature to be stupid, it works in your favour be smart and to keep the $3M in mind.

You can find someone else to respond to the thing that popped up. Or you can probably even see to it yourself after your important meeting.

I mentioned giving over control before. I won’t go into it now but here’s a little concept for you to think about. NOT doing everything yourself is being more in control than having your hands all over everything.

The Power of Branding – How It Works In Your Trades Business