When Customers Go Quiet on you 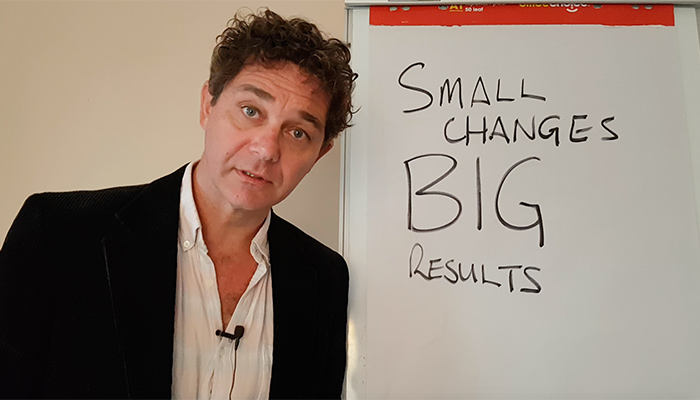 When Customers Go Quiet on you

Do you ever submit a quote and your customer goes all quiet?

I’m Jon. I’m from Small Fish Business Coaching. I run a program called the Tradies Toolbox Coaching Program. It’s for trades business owners who want to grow and scale and part of that is fixing up problems like this. Stopping this s%#t from happening. Fixing up your sales process and your sales activity, so this happens to you somewhat less.

I’m sorry to tell you, you never really completely eliminate this but you can reduce it quite significantly so that you waste less time and so that you have a better win rate on your quotes.

Now what you need to do to reduce the incidence of this happening is earlier in your sales process.

Now once you’ve submitted the quote, and they’ve gone quiet it’s too late, you need to do something earlier in the piece to reduce the incidence of this, right?

Before I tell you what they are, (you know they’re written there) 2 things are going on:

So unless they want you to do something for them, like do the job or refine your quote, they’re unlikely to be picking up the phone to make you feel better.

We’re stuck with those two things:

So what can you do?

You can qualify properly and what I really mean here is qualify out – figure out the people you shouldn’t waste your time doing a quote for. And I’m talking about a proper detailed quote, the one that takes a long time.

And the other thing is a pre-contract and that’s where you ask them to promise to give you a decision within a certain amount of time: a day, a week, 30 days. 30 days is probably the most that I would give people to make a decision. You might ask them to make decision in about 30 days. Quotes, go out of date, right? We might update materials, prices change, all the quotes should be valid for 30 days and no more. Let me explain both.

Recommended Reading: Have you got a dickhead Filter?

The idea is that you don’t do the time-consuming quote for people who aren’t likely to buy within say that 30 days, it’s a waste of time. In order to buy, people need these four things. You should only do a quote if they have these four things:

All the context for the price, the fact that you’re punctual or on time or you’ll do quality job or rather than a quick job. The kind of trade you are. They need to have the need for that if they don’t have the need for that, a quote is a waste of time.There’s not really time here for me to go into this in detail. If you really want to know:

Because they’re quite confronting right? Asking these questions.

I’m here to tell you, you can do that.

You can ask these questions without offending people and and while being professional and grownup. And I can teach you how to work it out. I’m not going to do it now. Maybe I’ll make it the topic of another video.

The second thing…. oh really, if you really want to know, get in touch with me. Make contact through the website or Facebook and I’ll spend a bit of time with you one-to-one, and help you put together a little questionnaire for how to do that. That’s what I do with my coaching clients.

The second thing is the pre-contract.

Asking people to commit to give you a decision within a certain time frame and that addresses a couple of things.

That addresses their readiness to kind of defer a decision if they don’t have any urgency because it puts a stop. “I said I would tell him by Tuesday so I will.” People like to do what they said they were going to do. It’s a known factor in influencing our behavior. So if I say I’m going to do something, pretty much I want to do it.

Alright so if you say someone, “can you give me a decision by the end of the week?” If they say yes, chances are they’ll try quite hard to do so. So which is good for you right? Then they’re gonna give you a decision whether it’s a yes or no at least it’s a decision. If you can’t get them to make a commitment to making a decision, I don’t think you should be writing a detailed quote And again, maybe a ballpark is enough for them right. If they’re not ready to buy, a proper quote is not required and a ballpark or some other discussion of how much it’s going to cost is probably what they need.

The reason we asked for a quote is because it’s kind of all we know how to ask for.

If they’re kicking tyres and they just kind of want to know how much it’s going to cost. They still ask for a quote. If they really go we need to decide which trades company to go with, they start, “I’ll ask for a quote.”

So whatever they’re trying to figure out, they usually just go, “can you give me a quote please?” And if you just rush off with your tape measure and spend hours, and hours preparing one, you’re kind of missing the point. You’re missing the opportunity to do your actual selling and you’re leaving yourself open to wasting all that time doing quotes you don’t win.

So do me a favor, comment below or in the Facebook, if you’re watching this on Facebook, about your experience of this, about doing quotes when people got quiet and how frustrating it is.