Country’s Top Tradies Earning A fortune And Living it Up – Really? 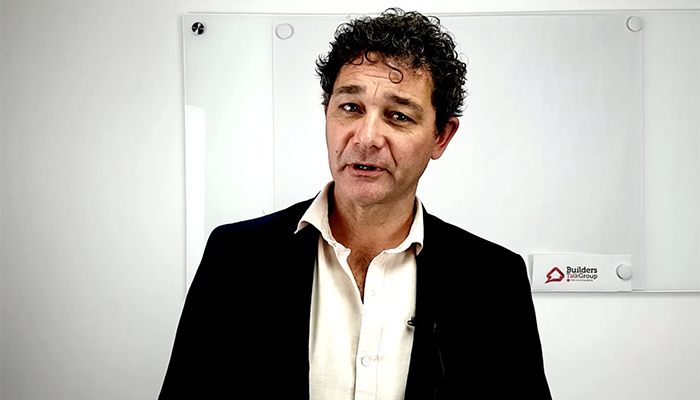 Country’s Top Tradies Earning A fortune And Living it Up – Really?

“The country’s top tradies earning a fortune and living it up.”

You might have seen the article. I know a few people have shared it around on Facebook. I saw it too, and I thought I’d make this little assessment here.

If you’re in the UK, it’s an Australian article but the point I’m going to make applies equally well over there. The numbers will just be different.

So it’s an article on news.com.au, Rupert Murdoch’s amazing newspaper website, so you should read everything on there with a little pinch of salt. The title was what I mentioned. The gist of the article was the tradesmen and women in Australia make big bucks and they use lots of words like ‘as lucrative as doctors and lawyers’. That’s a lot of guys, making as much as doctors and lawyers.

They quoted a newly released survey, a ‘tradie rich list’ it was called, which showed that removalists get paid the most – a whopping $95 an hour, and the list goes on down through plumbers, and electricians $85, and down through handyman and carpenters. All of whom earn apparently very large hourly rates. And it was their word.

They showed some tattooed, handsome young tradie, with a hot girlfriend, photogenic couple, and he was only 27 and was already building his second house and traveling the world on his enormous income as a carpenter. And if you read the article a bit more carefully, the data comes from serviceseeking.com.au and it’s analysis of 120,000 quoted jobs.

There’s a fair bit of data loss of jobs, but here’s the problem and here’s what you are up against – these businesses trying to sell your services at those rates:

You’re setting your prices and you’re defending them to ignorant people who read articles like that.

Now, I’m talking to the consumers in particular, but consumers and small businesses are less educated about what the prices are. But everyone’s appeared uneducated, and they’ve all got that sh*t hitting them around the head all the time.

The article implies that individual tradies are earning $85 or $95 an hour and walking around having a wonderful time with your money and at your expense? And it doesn’t clarify that it’s actually a trade business charging those rates and that nobody actually earns the $95 an hour because there’s all this other sh*t going on that you and I are all very aware of.

It’s not quite honest or its breathtakingly sh*t journalism and stupid clickbait.  It’s probably both.

And sadly, it perpetuates this myth that is out there in both of our markets, in UK and Australia, that tradies get paid loads and are ripping everybody off, and you really need to take them to task on their pricing.

That’s not my experience. As a business coach, my experience is that most trades businesses are working quite hard and making an ‘okay living’, and you can make a lot of money if you scale but unless you’re a big, scaled up company, no one’s making a bucketload.

So, what I want to do now is point out what the costs are involved with a trade business. I know you know them. I’m going to present them to you logically now, and hopefully give you some ammunition when you get accused of charging too much and when someone says, “$85 an hour or $95 an hour, that’s a lot.” You’ve got some ammunition to defend yourself with.

Here’s the point – Nobody is really making $95 per hour.

You can refute them confidently. The point I’m making, of course, is nobody’s really making $95 an hour. Many businesses charge that kind of money and you should be charging that money.

If you’re working with me, I will encourage you and try to help you to charge that kind of money. But when a business charges that money for its labour, that money goes to cover a lot more than just one chap swinging a hammer or one girl swinging a hammer.

It covers a whole heap of other things. There’s:

That’s already a lot more than the basic salary, or probably almost double of what you paid them in the hourly rate.

Then there’s the time that person can’t work or can’t be charged to a job.

I’ve gone through this in a different video so I’m not going to lay the point but it’s got to cover training and travel, and it’s going to be different for different trades.

If you do some more jobs, and you do lots of driving between jobs each day, you’re going to have more time not being able to be charged to a job. And if you’re carpenters working on the project for three months, you’re going to be there a long time. You can be there 8 hours a day so it’s a bit different for different trades. There’s:

There are many things that your business needs to do with your tradespeople that you can’t be charging your customers for that time. So your tradesperson costs your business quite a lot more than the hourly rate more than everybody imagines that they’re getting paid $30 or $40 an hour.

And I haven’t even finished yet…

The business that charges these hourly rates to its customers also has to pay for:

And you also need to explain that that’s important for people, that they want to be having work done by a trades business that has someone answering the phone than not answering the phone and having to wait for somebody to call you back when he’s finished the job that he’s on (it’s a bit annoying), a business that looks after their employees, that pays them their super, and pays in their holidays, and looks after them properly, and does the safety, and takes care of all that.

That is ensured. So if someone hurts themselves on site, that’s taken care.

All those things that are around the outside of the job you do, fixing the toilet, or the roof, or building the extension, or the house, all those things that wrap around the outside that make the experience and the project better or less risky, those are important for the customer. Not least, the customer doesn’t want to have tradespeople on their site, not being safe and not looking after themselves. So that stuff is important too.

People charging less than the $90 – What gives?

If I was a customer, I’d want to know so I could make my choice. And that’s your job, isn’t it?

There’s a salesperson for your business. Your job is to educate your customers about what their money is paying for so they can choose and they can go and investigate, and they can choose you the more expensive one or the other guy, perhaps the cheap cowboy one. And so you can resist and refute this myth that all tradespeople are out there ripping everybody off and taking advantage and it’s horribly unfair and we need to screw them down on the price.

Now I’m Jon, I’m from Small Fish and I help trades businesses do this. I can spend time with you helping you:

Hope that’s what you want. It’s what I would want. See you later.

Christmas Madness And How To Deal With It

In A Time Of COVID-19 – How’s Your Emotional State Right Now?