Up-sell or Rip-off? Can you tell the difference? 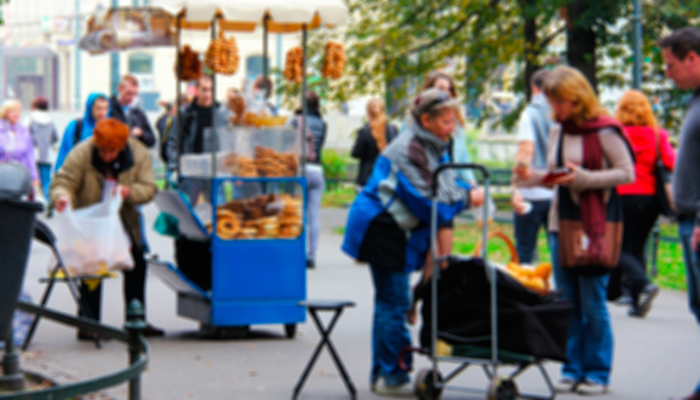 Up-sell or Rip-off? Can you tell the difference?

On a recent trip to Italy I had an interesting experience.

I trust most of you have heard of or been to the lovely town of Rapallo in Italy.

If not, you should (despite of what I am going to write in a minute) look it up. The place is only half an hour from Portofino by ferry (saving you a long drive and exorbitant parking fees).

So what is it I am going to complain about? Not the parking fees in Rapallo obviously (a day’s parking right in the centre of town would buy me 30 minutes at the Manly beach front here).

In a another blog I am working on I write that we should not be afraid (or ashamed) of running a business. Part of that is trying to actually make a profit (I will blog about charities another time).

One way of raising the first is to Up-sell (Famous example: McDonalds allegedly makes 15% of its revenue by using the phrase “would you like fries with that?”. I don’t even have to prove that as I used “allegedly” ).

As most of you are familiar with the concept I won’t go into too much detail now.

Back to my story:

At the end of a beautiful day with my family we decided to look for a restaurant. While we were exhausted from all the sight-seeing it was still too early for the restaurants to open. So we headed straight for our first up-selling experience.

Ice cream is usually far cheaper and often superior in Europe to what we are used to here. So when we had a look at the prices, we decided that the second biggest should do. When I pointed to the sign and uttered the words “grande – cinque” (large – five) the friendly lady picked up a container so large that I was afraid there would be left overs (not to mention brain freeze).

I was a little disappointed that the bill came to 30 not 20 Euros as expected. When I complained that I had ordered “grande” she just muttered that the container she showed me was “Maxi”. Hmmmm…

We sat in the park for a while and recovered from the brain freeze when we decided that it would be too long a wait for the restaurants to open. We would have a picnic instead.

So we headed to a nearby deli with a truly spectacular offering of unhealthy (not all of it), but delicious looking food. Admittedly the cheeses, the artisan breads and prosciuttos appeared a bit pricey, but what’s that compared to a restaurant bill?

Again after picking and choosing from a variety of delicacies we arrived at the critical up-selling moment: trying touse my rather rusty Italian “tre etti di prosciutto cotto” the woman came back at me with the question “Il meglio?” (the BETTER one?). Instead of thinking I was so overcome with my sudden language prowess that I eloquently replied “Si”.

When presented with the cheque I was mildly surprised to see 45 Euro instead of the estimated 30, but then; no need to get worked up – we were on holidays after all.

The unpleasant surprise unfortunately had a sequel when we unpacked our goods and found that not only had we been charged a lot more than the listed prices, but also served with off-cuts of the salami. Hmm…

Without further dwelling on these admittedly first world problems I wanted to ask the question: where does the legitimate desire of a business owner to run a business and make a profit end and where does the rip-off start.

The people at both businesses could obviously tell I was a tourist and the likelihood of a blossoming long term business relationship was slim, but does that justify their behaviour? Even if you leave the ethical side of it out: Does short time gain outweigh the long term effects? When will your reputation suffer? The reputation of your whole industry (we all have some in mind I guess)? Your country’s?

What do you think?

Let’s end this on a lighter note.

Warning: my kids would probably call this a “Dad’s joke”.

I prefer to label it Philosopher’s joke instead.

Rene Descartes goes up to the counter. “I’ll have a scone,” he says. “Would you like juice with that?” asks the barista. “I think not,” says Descartes, and he ceases to exist.

Here’s a link for those with even more time on their hands (observe my colleague’s postings on procrastination). It’s from the Chaser guys and it lasts only 2 minutes 😉 and it deals with up-selling as well: