Jon’s Journey Episode 1: Improving Your Business Through Your Customer’s Perspective. 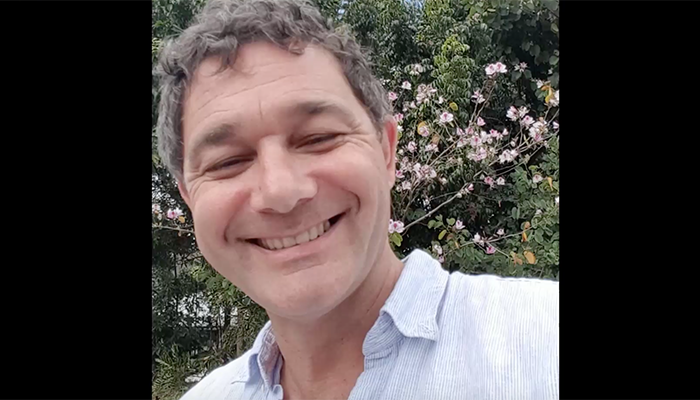 Jon’s Journey Episode 1: Improving Your Business Through Your Customer’s Perspective.

If you’d rather read the transcript it’s here below.

I’m going to do a new thing. This is me recording my journey as a customer of tradies.

I’m moving from rented accommodation, a rented house, into another rented house and then into a house that my girlfriend and I, Michelle, are buying together.

I’m going to be using a lot of tradies and I thought it might be fun to kind of record my experiences for you and see what we can learn from a customer’s perspective.

We always think from our perspective, from mine as a business coach, telling you what you should be doing to make more money or to provide better service, and from yours.

Customers can be a frustration I know.

So I thought it might be interesting to give the customers perspective.

Partly just to see what happens because it’s fun.

Partly because I was telling a story about something that happened to my colleague Lindsey, and she thought it was funny and she thought we might all like because it’s funny.

And partly because like I said I think we might learn something about how you can run your businesses better. If you think about your customer’s perspective a bit more.

So in the last week, I moved out of my rented accommodation into another rented house. And in a few weeks when we complete the purchase of this house, I’ll be moving into my new home in Brunswick’s heads.

So in the last week I’ve used:

And they’re just the ones that spring to mind.

So I’ve used a lot of trades already and you know there’s a fat list of more of them coming and a removalist of course.

The story I want to tell goes like this.

I was at the old house yesterday cleaning up, cleaning the outside prior to letting the cleaners in to do the bond clean. I had my car full of crap, the stuff left behind by the removal men that was going to the tip or in the bins or whatever, my blower.

I was blowing leaves around the garden making the place look nice. I thought I better move my car so that I could blow the leaves out from underneath. It had all the doors open of course and s#!t all over the place and s#!t on the passenger seat. So I reversed the car down the drive and got too close to the post box and the doors bent front… the passenger door too. backing f%#ked it.

So I’ve got my beautiful reasonably new car with a f#%k door that won’t close.

Not happy by this time. I’ve been swearing, and effing, and blinding. And I’m pissed off. And I had to drive through Byron Bay, which is a small town where you know a lot of my friends live and I know lots of people. And I’ve got a very noticeable car with personalised number plates that say ‘Small Fish’. So, everybody and all my mates know my car.

And I’m driving through town with a car flapping its passenger door like a bird with a broken wing. And it’s held on with a f*#king bungee cord that I’m holding in the driver’s seat trying to get myself to the Smash Repairs before anyone saw. I’m feeling pretty self-conscious by this stage.

I get to the Smash Repairs, I have to tell this whole story again.

They, of course, made me feel like a bit of a chump, there’s another trade. They were very nice actually, drove me back into town to get my car. And then I drove home to the new house. And I was locked out because I’d left the new key there. So, it wasn’t a great day yesterday.

And this morning, I had to go back to the old house to let the flea guy in. We’ve got dogs, had to do a flea spray, had to let him in and I get there, there’s a photographer there for the real estate taking pictures so they can sell it. He says, “Oh yeah, no worries. I can let the guy in I’ll still be here or if I have to go I can leave the door open.” So I think, “Great!”

I drive back into Byron Bay 10 minutes and do some work. Maybe have a coffee.

It was the stupid photographer, forgot to leave the door open for him and left before he got there. So I’ve got to drive back to the house, 10 more minutes, let the flea guy in, so he can do the flea spray as a condition of me ending the lease. Happy days!

So I met this guy.

He’s very nice, had a good laugh at my expense, told him the car story as well which he rather enjoyed.

And I think this is the point I want to make.

He still, despite my kind of reluctance, made me pay up front for the job he was doing. That was his process. That was what his boss asked him to do. He had a form and he said, “Give us your credit card number.” And I had to go back to my car, get my card, come up, and pay him. And I didn’t really want to.

I was grumpy and just told him a story about how grumpy I was. I just drove out there, I was feeling a bit crossed. And he kind of made me do it in a gentle kind of reasonably nice way. And you know, even though I was a bit reluctant because I couldn’t be asked, I didn’t really mind and I still did it and I got my card and I paid, and he did the job, and it was all quite pleasant.

So there’s a couple of points I want to make.

I think one is that you don’t know what your customers have been through.

And I see lots of complaints and frustrations. And I talk to tradies and get lots of frustrations about customers being idiots but you don’t know what’s happened in the last day or two to them necessarily. What’s making them grumpy right? I was grumpy as an asshole to this poor flea guy until I kind of got over myself a bit and cheered up.

So you don’t know what they’ve been through.

And the other point I think is that you need to stick to your guns.

I didn’t want to go back to my car and get my credit card and pay right then. I want him to email me an invoice. But he stuck to his guns and I did what I was told.

And it was probably the right thing for him. I didn’t really mind after a minute.

So he stuck to his process, it was the right thing, they’ve got their money, everybody’s happy.

So stick to your process.

Use process, use documentation like checklists which is something I talk about a lot. But follow a process.

It’s good for you. And the customers don’t really mind.