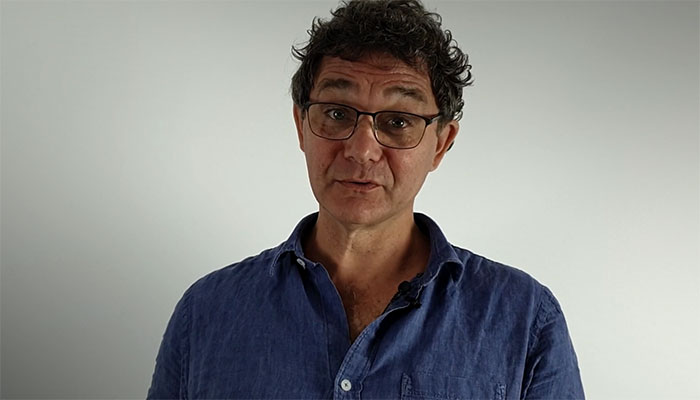 Have you ever had a man’s look? In my house, I’m often told I must’ve had a man’s look when I say something like “where’s the mustard? I can’t find it, it’s definitely not in here”.

Of course, a man’s look is me, opening the fridge with my eyes closed and failing to find the mustard. Michelle usually reaches past me directly to it and says “here it is, you had a man’s look again”.

But a lot of tradies and builders have a man’s look when they go out to hire someone.

(Go with me, this analogy works).

People say to me “You can’t get good people these days, there’s no one” when what they’ve done is they’ve had a man look.

They’ve made an ad and stuck it on SEEK, probably one of the free ads. And nobody has applied… Or nobody decent.

They’ve had a man’s look, haven’t they?

This is probably a good time to refer you to the previous video in this series. The one about finding good people – the one about making it appealing. Watch that one too.

Now, let’s assume you’ve done that and you have a good ad that will attract people.

Now you need to put the word out there.

Putting it on SEEK is fine, putting it on SEEK and Indeed is better. There are loads of them. It’s fair to imagine that someone looking for a job will look on more than one of those sites but not all of them, isn’t it?

So put your ad on a few different sites.

It’s important to get eyes on your ad; lots of eyes.

Think about how to maximise the views – how many people who might want to work for you will get to see it?

Just like if you’re looking for work. If nobody sees your marketing, you won’t sell much.

Sites like SEEK and Indeed and Jora and CareerOne and JobStar all favour new jobs and push older job ads further down the page and they all have things you can do to make your ad more prominent or push it to the top of the page.

You should do that.

Watch how much you spend of course but remember that the free ads are probably a bit sh*t, (like most free things, they’re either rubbish or there to encourage you to buy the good things).

So expect to pay to advertise this position.

You might think that’s enough, you’ve put the ad on a job ad site and anybody who’s looking for a job will find it. And fair enough but the reality is not so convenient. It’s not so simple.

Let’s assume you’ve put your ad on a couple of sites because you know some people use different sites and few people search them all.

You might consider you’ve reached everyone who’s looking for work, mightn’t you?

But that’s not everyone, is it? It’s quite a small pool of people, really – those actively looking and searching on the job ad websites.

It’s also, sadly, where all the people hang out, who don’t have jobs for a good reason.

All the people nobody else wants to employ.

So you tend to find you get lots of poor quality applicants and you have to sift through them to find the good ones.

But there’s another pool of people you want to get to –  those people not actively looking for a job because they’ve already got one but who are kind of almost ready to start looking for whatever reason.

It would be great if they saw your ad, wouldn’t it?

So put your ad further out there. Put it in your local paper; run an ad on Facebook (an actual ad, not just a post – if you don’t know how, pay someone to do it); post in local Facebook groups and on your page and on Instagram and LinkedIn. Post on notice boards at your trade suppliers if they have them.

Put the word out to your networks, especially your trade network.

Consider a reward for whoever brings a candidate to you – for your network including your employees. A few hundred dollars is quite persuasive.

And finally, consider outsourcing all this to a recruitment consultant.  it will cost you more but they may have a bigger network than you do.

Remember this is only one part of a complete hiring process. If you want a free copy of the hiring process our clients use, comment ‘I am hiring’ below and we’ll hook you up.