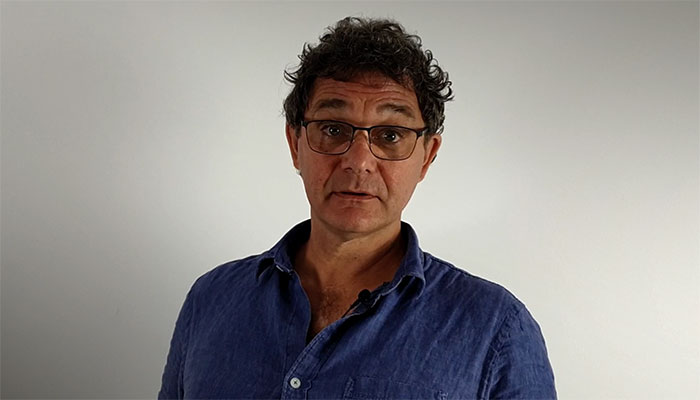 The theme of this series of videos is how to hire good people and this video is about who to hire in the first place.

It’s easy to get caught up in thoughts like:

‘I’ll get an apprentice – they’re cheap and there’s a subsidy’ without considering whether that’s the right move for your business.

First, I’m going to compare and contrast apprentices and proper tradespeople but then I’ll tell you what you should do before you decide whether you want an apprentice or someone with experience.

And we’ll keep this video focused on your tradies, admin and office staff are, of course, also important and the same approach applies.

So why would you choose an apprentice?

They’re so cheap, aren’t they? If you get yourself a youngster, they seem to cost very little indeed and there are subsidies. As I write this, here in Australia, there’s a 50% wage subsidy for apprentices.

So an apprentice is a very inexpensive way to grow your business and its capacity to do work (and make you money).

So far so good but there are downsides, aren’t there?

They’re actually less cheap than you think. Check out my True Cost of Employment Calculator and factor in their TAFE days, (that you pay them for) and you’ll see what I mean. And that’s before you take into account the time you or your tradespeople spend training and supervising them, checking their work and fixing their mistakes.

For many people hiring and training apprentices feels like a responsibility – you’re giving someone a start and their training, just like you got, back in the day. And quite right too, that’s a beautiful attitude.

But it doesn’t mean it’s the right hire for you right now – you’ve not supposed to leave them unsupervised, for example because they can get hurt and this can compromise your ability to work, can’t it?

So, while an apprentice is a low-cost way to build your team and your capacity, they are not as low cost as you might think and they cramp your style too?

So should you hire qualified, experienced tradespeople?

Maybe, but just because someone has their qualification and experience doesn’t mean they’ll perform well. Almost everyone I’ve worked with has hired someone experienced who turned out not to be any good for different reasons. And experienced tradespeople are full price, aren’t they? It’s easy to find they’re costing you nearly what you change them out at if you’re not paying attention (you should be) (I’ll refer you to the Cost of Employment calculator again).

So that’s comparing apprentices and tradespeople but ‘Should I hire an apprentice or a tradesperson?’ is really the wrong question to be asking here. There’s some other thinking to do first.

If you’ve been approaching your hiring decisions like this, forgive yourself – everyone does.

Everyone thinks things like “I’ll get a nice cheap apprentice” or even “I’ll get a mature adult – they’ll be more stable”.

We project qualities onto people because of their age or gender or nationality. You shouldn’t, you’ve probably wrong, but it’s a natural thing to do.

The right thing to do is to take a step back and not let yourself get persuaded by things like Government subsidies but to think about what role is best for your business right now.

I want you to think strategically instead of tactically.

Which hire is going to help you grow your business the way you want it to grow? Which hire will free you up to grow the business instead of being stuck on the tools?

My coaching clients (we’re starting to call them Toolboxers) use a simple construct we’ve been calling the operational unit. You might think of it as a crew.

For maintenance trades, it’s likely one person with a stocked vehicle. For some (or sometimes) a tradesperson and a helper (apprentice, labourer or tradesperson).

For builders, a crew might be 2 carpenters and an apprentice. You get the idea, it will be specific to your business.

Once you’re clear what your preferred operational unit is, who to hire next becomes easier, doesn’t it?

It’s the role that helps you build out those operational units the quickest or the most flexibly, right now (especially given that we might want you off the tools, at least some of the time).

So think about your crews, decide what role you should hire based on that, and then use my hiring process to give yourself the best chance of hiring someone good.