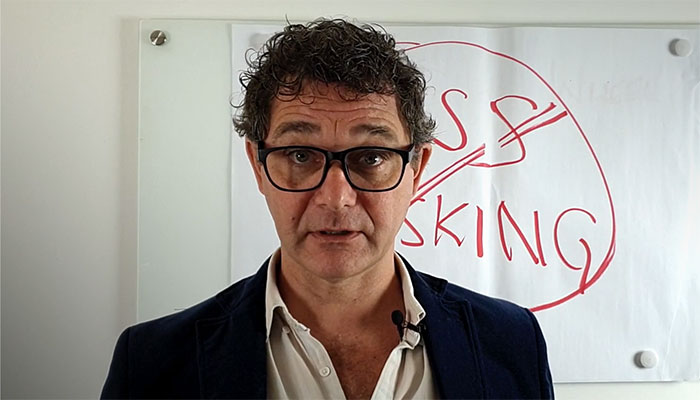 ‘Loss masking’ with your own hours – don’t do it.

Loss masking – what am I talking about? It is a real thing.

Don’t try looking it up because I made the term up, but it’s a real thing, and lots of trades business owners and builders do it.

They don’t do it on purpose, but they do it all the same.

What I’m talking about is when your business is doing work that’s barely profitable or even not profitable at all, but when you look at your end of year profit and loss, you made some money.

It looks like you’re doing okay. You’re not doing great but you’re not losing money so you think everything’s okay.

But what’s happening is you’re working very hard and you’re hiding the fact that you’re not making very much money or that you’re losing money in the business.

It’s a combination of things – not  having the systems in place to measure profitability properly with weekly and monthly gross profit and net profit by job and by employee. And you’re working very hard yourself and not really measuring that either.

You’re effectively masking the losses by doing all the extra work yourself. Maybe you’re doing two jobs or more yourself and you’re not paying yourself properly out of the business so you work for free and you take the profit.

How does ‘loss masking’ happen?

You invoice revenue over a year, and you pay everyone and there’s some money left over. You haven’t paid yourself but maybe you’ve made $100k ($8,000 a month) but you’re working 35 – 40 hours on the tools and another 25 hours or more in the office.

You’re working at night and on weekends, so you’re effectively working two jobs or one and a half jobs. And now, your $100k doesn’t sound so special, does it?

If you were working on the tools yourself for 35 hours a week and charging $100 an hour, you’d be getting $3,500 a week of income which is a lot more than $100k. So what tends to happen is as people grow their businesses and they move from not being on their own to having a few people, that’s what happens. You don’t pay yourself, you work for free, you get some profit and you’re masking the fact that it’s not really working as it should.

If you had to pay someone to do that work on the tools plus the office work, you’re probably up for more than $100k.

So don’t forget I pulled the numbers out of my bum, the $100k is meaningless. They could be anything. You could be earning $30,000 or more.

People come to me as a business coach with a range of numbers, but frequently, that’s what’s happening.

How to avoid ‘loss masking’

So let’s talk about where you should be instead of my number.

You should be paying yourself a fair salary for the work you’re doing – maybe $100k is not unreasonable for running a business like yours.

That’s the net profit. That’s what’s left after everyone’s paid including you. That’s where you should be.

And if you’re not there, don’t beat yourself up. It’s a target for the moment. Make it a target for you to aim for.

Mostly this problem is for smaller guys. It’s part of growth.

As you grow, you start putting your systems in place and you do them properly.

It’s relatively normal as you start growing to find yourself in this position, but equally it’s not good. You don’t want to be masking the fact that half of your business is trading unprofitably and you’re just hiding it from the fact by working for free yourself.

If you’re not making your salary +10%, then your business is not making enough money somewhere along the way.

And you need to change things..

You need systems to understand your profitability on your jobs and on every tradesperson. Your pricing,  marketing and sales need to be right.

Your systems for the work need to be right, so your people are doing things on time and on budget.

And making the shift from small, informal and unstructured can leave you working twice as hard for less money than if you had a job and that’s really what we want to avoid.

You need to push through that. I can show you in the Tools Down workshop how to put the systems and structure in place so you can measure profitability.