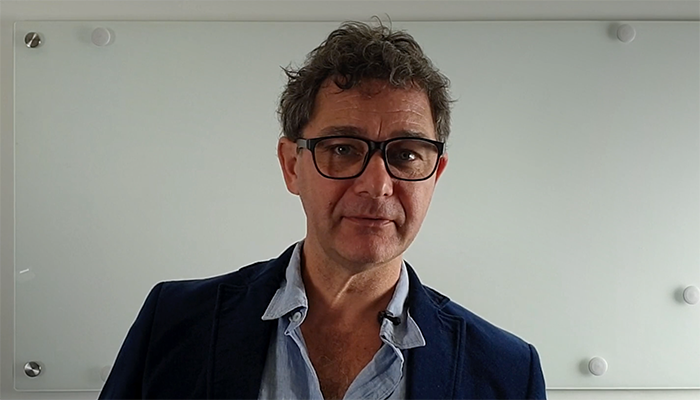 I talked about being ghosted last week and what you can do to prevent it or at least to make it happen less.

And I talked about when you send somebody a quote and they disappear and you get nothing more from them. They don’t take calls or return your calls or anything like that. They ghost you.

And the thing to do is to request a commitment to giving you a decision quite early in the sales process because people like to align themselves with the commitment they made. And if they can’t commit to making a decision, maybe you shouldn’t be going to all the trouble of preparing your quote or your proposal because they’re not going to buy.

Maybe you should do something else.

That’s a different conversation. It’s part of your qualifying process which is part of your sales process. But if they can’t promise a decision in the reasonably near future, you probably shouldn’t be preparing a quote because the purpose of a quote is to help them decide and know exactly what they’re buying and make a commitment.

And if they’re not ready for that, maybe a quote like a formal detailed quote is the wrong thing and you should be doing something else like a ballpark figure or a price estimate, something that requires a lot less effort and time from you.

Anyway, let’s assume you’ve gone through your sales process and you’ve diligently qualified them, they’re ready to buy, you’ve ticked all the boxes and then, you’ve submitted your quote or better you’ve prepared and then presented your proposal and they still ghost you.

Recommended Reading: When Customers Go Quiet On You

What can you do about it?

Well, the short answer is not very much, it’s not illegal to do this.

Even if they made a commitment which is a legally binding contract, what are you going to do? Sue them for the one hour of time or the five hours of time you spend?

NO, because that wasn’t the deal. There’s no come back, you’re not going to do that. That would be stupid anyway, wouldn’t it?

So you’re probably feeling a bit slighted because it is rude after all. You probably want to let them know they’re being a d*ck, don’t you?

It’s probably not wise, we’re all professionals here. Descending to their level, mouthing off probably isn’t what you should do.

If it ends up on Facebook particularly, if you put it in writing, it can damage your reputation which can cost you money and all for what? A bit of momentary satisfaction. I think you’re bigger than that, don’t you?

I have an option for you. It’s not quite as satisfying as telling them they’re a d*ck but it’s pretty good.

It goes like this – I call it the f*%k-off message. You could call it the closing-off message if you prefer. I would write it in the subject line of your email or anything. It’s a message, isn’t it?

You can’t say it to their face because they’re not taking the calls.

“Hi [First Name], I’ve tried to reach you a couple of times to ask you for the decision we agreed you’d give me but you’ve not responded. I imagine this means you don’t want to go ahead, so I’m going to leave it here. All the best with everything and if I’m wrong of course, let me know”.

It does a few things. You’ve let them know they’ve been a d*ck by not doing what they said they would do but you’ve kept them on the high ground. You’re not actually calling them a d*ck.

You’ve also taken control of the situation instead of waiting helplessly, hoping one day they call you

up and buy the thing or just keep calling them or just sort of let it die away which is very unsatisfying.

You’ve caught the situation, you’re not letting them be in charge anymore. You’ve taken charge and you’ve said, “All right we’re not doing business together. I’m taking you out of my forecast, I’m no longer imagining that you’re going to do business with me.”

This applies to businesses as well as consumers. Businesses do this too and they’ve not told you because it’s a bit awkward to bring you up and say, ‘No, you didn’t get the job’.

And if they’re just being useless or something slowed them down and they haven’t made a decision yet because their cat died or whatever then, if they’re still keen, they’ll let you know. It prompts them to let you know, saying, “No, sorry, this is happening”.

So there you go, pop that into your toolkit, you’re welcome.

I’ve got lots more of course.

The main thing – building the framework for growing and scaling your trade business and getting bigger. Building the sales machine is part of that.

If you want to talk about coaching, get in touch.

Book a 10-minute chat which is a qualifying call. It’s a gateway into business coaching and we then do a strategy session and at the end (which I would prefer if you didn’t ghost me 🙂