The Secret Of Success In A Trades Business 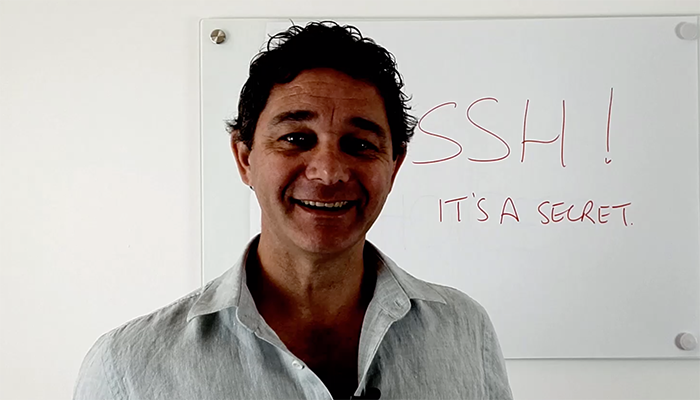 The Secret Of Success In A Trades Business

You run your trade business.

You want to be successful.

You work pretty hard. And you want to know what the secret is, don’t you?

Of course, you do.

Sadly, I don’t really think there is one, at least not in the way we think of a magic secret.

And certainly not in the way that some of those ads on Facebook would have you believe you can lie in bed doing two hours a week using their magic system and be a millionaire.

But, there is a secret to success for a trade business, as well as a business coaching business and it’s pretty boring.

It’s sticking it out and sticking to it.

It’s having a plan and following it through for the long-term.

I’ve been a business coach for 13 years. I reckon I’ve seen 3 quick successes from clients that I’ve worked with in that time, which isn’t many.

These three grew quickly. They grew madly and it was a bit of a wild ride that had a massive and sudden market opportunity, and they seized it and ran with it. And it was exciting, it was fun and it was good.

They were successful and they made lots of money.

Trades businesses who have become successful

There have been these types of opportunities in trade and construction industries in Australia.

Back in the GFC in 2008 or 2009 there was suddenly a massive demand with government subsidies for insulation and quite a few people made a lot of money.

Solar was similar. When solar was a new government subsidy there was a massive demand from consumers and lots of solar businesses grew a lot.

When there was an earthquake in Christchurch in New Zealand, all that rebuild had to happen and all of a sudden there was massive demand.

But that stuff is quite rare. I don’t see any of them around at the moment.

Keep your eye on that because if one does come, there’s opportunity. There’s money to be made.

In the meantime, if you’re running a trade business, you’re in a large and mature market with lots of competitors.

The rules are different and you’re not going to have this wild suddenness like the examples I shared before.

But you can take a share over this very large market quite easily.

The secret to success for a trade business.

I think the secret is to:

You need to write your plan down.

You need to stick to it until you’re successful as you want.

Recommended Reading: The Secret To Success Is Not Talent But Grit – How To Be Grittier

I’ve seen people who don’t stick to it and then they fall back to where they were before.

You need to stick to it and push through until you’ve got the lovely business you want.

You need to avoid sliding back into the old way of doing things. And that’s really easy too, which is why having a plan and sticking to it is important because you can go back to your plan and say “Oh, I need to be doing that.”

You need you to avoid being disheartened and giving up because it’s going to be hard. It doesn’t come quick. It’s easy to be disheartened so you need to push through again.

Stick to it and stick it out.

It might be boring but it’s also quite doable and reliable.

I’m not sure if it’s easy, but you’ve got to trust in the process and trust in your plan.

Discipline and stamina are key. If you’ve got those, you’re in good shape I reckon.

And of course, you do need a plan.

And that’s where I come in. I’m marketing my next Tools Down Workshop right now.

There’s one coming up. Guess what we’ll be doing?

We’ll help you make a plan for how to grow, structure and systematise a trade or building business.

You’ll leave with a plan that you can follow for the next 3 years.